The Fragmentation between Art and the Spectator 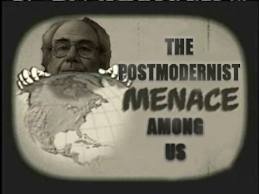 There are three important components whose interaction will be further analyzed. Historically speaking, we must first and foremost understand the role of the museum and gallery institutions within the artistic world:

–       The growth and expansions of museums worldwide took place during the 1990’s.

–       The museum institutions were always an expression of prestige and wealth of society; they play a role for international and regional competitions; a center for education and entertainment programs.

–       With their portrayal of social value and wealth, museums felt obligated to create logos and to compete among themselves in order to win better state subsidies and patrons’ sponsorships.

–       Museums portray a materialistic image of society’s wealth; it is a reciprocal function between the importance of the artwork and the social value of the institution, such as if the artworks hold high value so does the museum and the reverse. Furthermore, museum institutions have started to claim certain artworks in order to assert their institutional wealth. Take for example the traveling exhibitions like Van Gogh’s or Tutankhamen that are presented under the name of their ‘mother’ institutions.

The function of the museum as a materialistic representation of the social wealth and value is an important factor when speaking about contemporary art. Also, the interaction between the audience and the museum institutions must be taken into consideration when speaking of the history of art. What part of society attends museum institutions and has the spectrum of the audience changed? What is the role of the viewer when he attends the Louvre to see the Mona Lisa, the Rothko Chapel or Christo’s Gates in New York? There is a difference in the spectator’s function whether he is exposed to a Renaissance painting by Leonardo, meditating in front of Rothko’s four meter canvases or participating in the outdoors environmental installation by Christo. For sure the Mona Lisa was never appreciated as much as the masses of the twentieth century that dedicate  twenty three hours  of sweating in line in front of the Louvre in order to take a five minute glance at the unreachable Mona Lisa (hidden behind a thick, bullet-protected glass). Thus, I will further examine the fragmentized relationship between the modern art and its audience.

I propose an interesting study that should take place within any of the National Art Museums. First one is to collect data from the responses and questions enforced by the public in the Renaissance to Impressionists galleries. Then, one is to go straight to the Modern/Contemporary galleries and listen carefully of what the spectators have to say. I, myself have recently attended museums in order to capture the pure responses of the public…the artworks, I have seen multiple times. It is truly intriguing to hear the questions and analytical responses to the Impressionists’ paintings; it is the historical, scientific and behavioral aspect that interests the crowd. It is not merely the beauty, but also the portrayal of historical values and practices; it is thus the reflection of social value that interests the spectator. However, when the public enters (if it even dares to do so) the corridor of Contemporary artworks, one might ask if the spectators have gone mute. If one were to capture the viewers’ gazes, one might think that he is walking through a graveyard. The overwhelming confusion produces striking questions from the audience that doesn’t quite know if it should look at the painting upside down, sideways, or rather look at the “more interesting” ceiling; one no longer knows if the ceiling is to be an artwork itself…

– It is no longer the question of how close the painting resembles such and such object, but it’s rather: What is it? What does it mean? How do you look at it? Do I have to read a book before I get the theory behind it? Does it carry a certain message to society? And the most striking question of all: Why does art exist if it has no purpose?

– It is the tsunami of disappointed or rather antagonistic responses that follow: My two-year-old kid can draw this! I can just spill a bucket of paint and call my accident art! In this sense, how can one differentiate between junk and Art?

Yes, if contemporary art was a theatrical play, people would’ve thrown tomatoes and God-knows-what-else at it! It is this very fragmentation between contemporary art and society that has opened a gap in the twenty-first century. It seems that Art no longer carries the social value the spectator s is trying to extrapolate.  It is the very essence of Art’s goal to maintain greater autonomousy in order to preserve itself from becoming a commodity by the infiltration of mass media, which leads to its isolation from social involvement and relations. From the point when Art decides to detach itself from society, society also turns its back to Art. When and how did art turn its back toward society?

–       The representation of art has followed a long path in history: from the cave paintings of animals in Lascaux to the contemporary non-representational, ridiculous ‘poop’ painting in the National Museum of Art.  Thus, the artistic skill was used to present a message, capture a moment of reality and portray a certain social value.

–       According to Jean Baudrillard and Walter Benjamin, Art is the only media that is capable of reflecting ‘reality’. Thus, at the certain, unknown point in time when the Real died, Art captured its image and further reproduced it as simulacrum. Following Baudrillard’s ideaology, this simulacrum is the only ‘reality’ we know because it is the only one we have as a memory of the past ‘Reality’. It is the visual representation of art that is capable of carrying the reflection of ‘Reality’ because it is actually this ‘Reality’ that inspired art.

–       It is this reflection of ‘Reality’ that gives us a sense that Art carries a social value and a message to society. It doesn’t matter whether this ‘Reality’ is only a simulacrum; it is important for society to express its own ideology and ‘reality’ in the face of Art. Society likes to feel loved and included; it likes to portray and look at its own image. Thus, Art is to function as the mirror image to society.  However, it seems that contemporary art has deviated on its own path and has forgotten society by enforcing its autonomous freedom. It seems that the audience cannot see its reflection within this kind of art; it is if this contemporary mirror is rather sarcastic and laughs at its own ‘reality’.

–       Has Art really walked away from society? Where is it going and why is it still exhibited? What message does one painting made-out-of-poop give to society? Isn’t it all ridiculously disdainful; and what is art to mock its own audience? Maybe we should even ask if Contemporary art has real audience at all.

Before we blame Art and its artist, one should also reflect upon our social values and the image of modern life. We shouldn’t be so sure that only Art has walked away from society, but maybe society has first dissociated itself from Art. Why would art mock society unless our world has become so banal and distasteful that it no longer gives inspiration to Art? Maybe the chief purpose of Art is to shock its audience with distasteful material and sarcasm in order to achieve some kind of response. Aggression, Laughter, Hate is better than no reaction! The matter is to provoke the public in order to trigger some reaction- this reaction to unite society- to represent some social value- to compose a united response, which in reverse will give Art a material to reflect upon. Art provokes ‘Reality’, it wakes us up from banality, it mocks us and spits on our commodities, and it wants an emotional response that will give us once more the feel of ‘Reality’. Art desires social response, thus it dissociates itself in order to provoke involvement. Art is a warning: apocalypse will come when the society doesn’t to respond at all!

Fragmentation between Art and society always existed. The practice of art has always been incorporated within the spectrum of the bourgeoisie. Thus, its audience has always presented a selected group of society, whose role was to admire its own reflection within the paintings. Patrons [1] were honorary depicted as saints within Renaissance sugets usually kneeling next to Virgin Mary and Jesus. However, modern sponsors and institutions are no longer depicted within the artworks but are rather verbally associated with the piece. Furthermore, Art as a bourgeoisie activity has gone even further to distance itself from the understanding of the general public; thus, it has become something other than art – a critical study and academic activity for critics and philosophers. According to Hegel, the ‘real’ Art is dead. Art has walked a long path throughout history by following different goals, but always in the direction toward reflecting ‘reality’.

–       Cave art might’ve functioned as a hunter’s message or interest toward the non-human form of life.

–       It seems that the innovation of the camera took over Art’s purpose to imitate reality. Thus, artist became interested in not merely imitating it, but rather expressing it! With the Impressionists, art aimed at capturing the evanescent moments of play between lights and darks by experimenting with its palette. Its fascination with illuminations and leisure activities reflects the artist’s goal to capture evanescent moments of the bourgeoisie ‘reality’. Carrying a political or humanitarian massage, Impressionist Art thus portrays the social values in historical aspect.

–       With the invasion of technology and its aim to ‘perfect’ the image of reality, Art felt weak and it sought a way to isolate itself, to protect its image from becoming a commodity.

[1] The Epiphany by Bosch portrays the two saint-like patrons Peter and Agnes kneeling on the side two panels of the triptych.

← The Decline of Trust in Post-Communist Societies: The Case of Bulgaria and Russia
Rabin’s Parable →